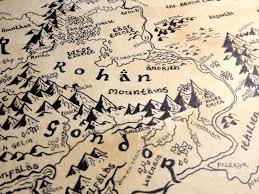 I exhaled a huge sigh of relief, dropped my cumbersome weighty bike and flopped onto the sub-alpine scrub. Ouch!

Peering out of a brown tussock, were masses of the most malevolent plants I had ever come across. Khaki yellow, razor-sharp and capable of inflicting surprising derriere pain to an unsuspecting visitor, such as myself.

At this point in my exhaustion, I began to wonder how sensible a decision it had been to impulsively embark on this particular adventure, totally devoid of any company apart from my bike! Was it a good plan, after all, to head into Rohan land? It seemed like a good decision yesterday, but now faced with the hostile scrub, a tearing wind and wobbly legs, my mind faltered. Having the initial ‘amazing’ idea is usually the easiest part of executing any plan. However, when one has done all the planning and taken the plunge into the unknown, all the scary complexities can suddenly emerge at a frightening speed. A reminder, that the known outcome of any true adventure is usually in doubt. Tired and battered by the incessant northwesterly wind, melancholy thoughts of failure became insidious tentacles in my mind. 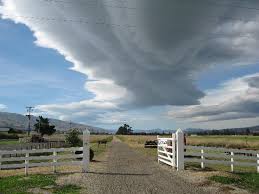 The day had begun so well, with a spur of the moment decision to leave the mostly flat Otago Rail Trail, in an attempt to search out a few challenging hills and to have an adventure. An 800-metre ascent to the Poolburn Reservoir via the Old Dunstan Road trail, leading on to the Taieri Plain, sounded just perfect. The wilderness of New Zealand beckoning me.  A 100-kilometre journey in total, basing it on my past biking experiences, meant an estimated two days.

The Dunstan Trail was a popular route in the 1860s for many a hardy person following the gold rush treasure hunt. However, the trail temperature can plummet in any season and there is absolutely no shelter, from any manner of weather. The path is mixed surface….. gravel, clay and unforgiving rock, filled with ruts that in turn can be slippery, dusty or stubbornly steep. Along the way are numerous short sharp ascents and descents into trickling muddy fords. For a woman inhabiting the occasionally haunted and unhinged times of mid-life, the gold road seemed like a much-needed challenge. In perfect contrast to teaching chattering crowds of lovable rascals.

Cycling up the long and well-rutted track to the Poolburn Dam was physically tough and very slow. Solo cycling means no one else to whine or moan to, and my thoughts retreated, leaving the surface world struggles. Black schist rock piers, appearing frozen in time, dotted the horizon guarding their precious lairs. Surreal thoughts crowded my mind as time pleated backwards, revealing shadowy trudging figures in search of their dreams. Silently they dared me onward. Feeling a little crazy, but somehow encouraged, my body crouched low over the handlebars, the heavily laden bike battled against the roaring gale force side wind. 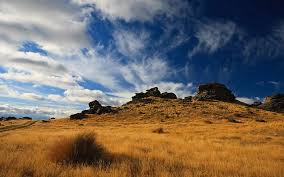 Carrying four panniers and a bar bag, all bulging with vital and not so vital equipment, plus lots of tasty vegan food for around two-plus days, stuffed into every available corner, was hardly conducive to making quick easy journeys. Still, there is only me to blame for wanting a few comforts and decent nutritious food. In fact, a lot of time on the bike, was spent thinking about where my next meal was coming from. Often very much reduced to human basic survival instincts, finding food, water and shelter.

Nevertheless drained, dusty and tired, after only twelve kilometres in almost two hours, suddenly into view came the reservoir, basking at 1000 metres, azure blue and filled with sky. A true reward! 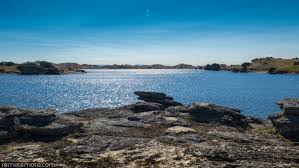 To my absolute surprise and consternation, dotted around the water’s edge were several small wooden dwellings. They turned out to be holiday bachs (homes) for adventurous Kiwi fishermen and their families. Handed down over several generations, these little houses were rather fetchingly and uniquely cobbled together from wood, plastic and nails looking uniquely higgledy-piggledy. How on earth they kept the inclement weather at bay was a mystery. Despite the few houses and one or two oversized jeeps, there wasn’t a soul in sight.

Feeling rather eerily exposed on the windy, treeless slopes, my numerous incompetent attempts to pitch the billowing tent became hilarious even to myself. Any onlookers armed with binoculars and peering out of their tiny windows would have had plenty of entertainment for the evening. Feeling somewhat foolish, the tent was eventually subdued and planted on the largest prickle free patch of ground, half the size of the groundsheet. Despite the evil cactus, a deep sleep came easily and I awoke just after dawn to blissful silence. Thankfully the wind had dropped during the night, the lake was pearly with a light mist, and a well-defined trail pinned the curving south-west lake edge. Calling my soul into the onward journey.

Packing the bike panniers released a familiar tingle of pleasure in the self-sufficiency of cycling in wild places, a feeling I will never tire of. Slowly pedalling along the lakeshore, soaking up the clear air and vast sky, my mind wandered into the well-known Lord of the Rings cinematic trilogy. Some of the scenes were filmed here close to the dam amongst the haunting black schist. Suddenly, my train of thought was interrupted by the sight of a small L shaped dwelling nestling on the water’s edge, a small figure standing outside waved in a friendly fashion. Checking backwards, yes the greeting was definitely intended for me! On arrival at the doorstep, I swallowed hard and fought the urge to stare. A Hobbit! 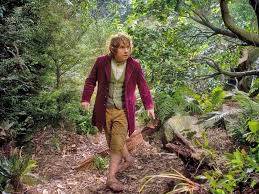 The small rotund man with a mop of rusty silver hair, ruddy complexion, topped with a red-veined bulbous nose smiled broadly, offered an invitation of water and a private viewing of his abode! Unfortunately, his feet were clad in shoes, leaving room for uncertainty about his hobbit authenticity!

A little disappointingly, it transpired he was not a true hobbit, but a lonesome Scottish settler named Jock! His finely tuned binoculars had been enjoying my camping antics on the high slopes, whilst he debated with himself whether to extend an offer of shelter. Quite wisely, he decided a solo woman cyclist was unlikely to accept such an invitation, however genuine it might be. Even from a hobbit!

His well-kept tiny one storey timber home consisted of a  sunny conservatory, sparse tidy kitchen and curtained bedroom door. The personal tour ended in the living room, where to my amazement, he revealed the jewel in his hobbit crown. A handmade, half-size replica of a Scottish bar, straight from the Kings Arms in Glasgow. The bar surface shone like polished conkers, numerous mostly empty bottles of spirits glinted and glistened, lined up in rows along the back wall. Colourful bar mats waited around, to be partnered with a crystal cut glass of Islay malt whisky.

Here was a talented maverick fisherman of the Chatham Isles, twenty-five years of his life spent wild fishing for a living, and then onto early retirement in New Zealand.

A hugely fascinating character, holding me spellbound, as he divulged Hobbiton secrets. He told of how Kiwi director Peter Jackson, magically transformed the barren slopes and holiday homes of the Poolburn reservoir, into the callous burning down of a Rohan village. Mostly seemingly achieved, by using talent with camouflage and plenty of Kiwi dollars!

Living hermit-like in such a remote, beautiful, but unforgiving environment all year round, is not for the faint of heart. Perhaps the many fishing seasons of the isolated Chatham Isles prepared my otherworldly friend for his unusual retirement. Reluctantly I bid my hobbit friend of Rohan farewell and rejoined the immutable track.

The lake steadily slipping away, panniers bloated, bar bag rattling comfortably, material belongings giving me the soon to be shattered sense of security. Smiling broadly as the barren terrain began to unfold, into row upon row of dusky folded mountains. Mysterious, shadowy and surreal. Heart lifting, head down into the rising wind I pressed on.

The rest of the second day on the Dunstan road was an ongoing battle with one obstinate, frustrating track, which gradually became a slow torturous roller coaster ride. I struggled, sweated, swore at myself and the overburdened bike. Skidding downhill on the gravel into rocky fords, and pushing uphill on the slippery bare rock, was enormously challenging. In fact, at one stage, the two back panniers had to be offloaded and carried separately, as the loaded bike was too heavy to be physically pushed uphill. Fixated thoughts of punctures rattled around my head. Two spare inner tubes seemed plenty at the time of packing, but now potential for serious trouble loomed large in a racing mind.

The desperate gusting wind severely hampered any decent cycling pace, as daylight rolled on it became gloomily evident, that unless I wanted to starve, a change of plan was necessary! After much soul-searching and deliberating, the sad but sensible decision was made, to descend early and meet the tar sealed road to Paeroa. It was very very difficult to accept the fact that I was going to have to give in. Sharply reminding myself that every year in the wilds of New Zealand, people go missing for days and months in the bush or mountains, and sometimes their bodies are never found. The South Island, in particular, has many areas of true wilderness some of it still not explored. Running out of food was simply not an option for me, as the estimated two-day trip could under such track and weather conditions, turn into a four-day disaster

Having completed three South Isle solo routes already this year, which by comparison had been well within the reach of a cumbersome touring bike made my decision to leave the unrelenting Dunstan trail much less painful.

The words of Marcel Proust came to

“If you ask me what I came into this world to do I will tell you; I came to live out loud.”

(Please note these images are not mine. My photos of NZ are temporarily scuppered!)

Thank you, to the owner of Henderson Cycles, Alexander……for the hand-drawn map of the Dunstan Trail.

A Blog to hopefully inspire a few older women ( and men out there ), to help keep the shining light in your eyes throughout the years to come. 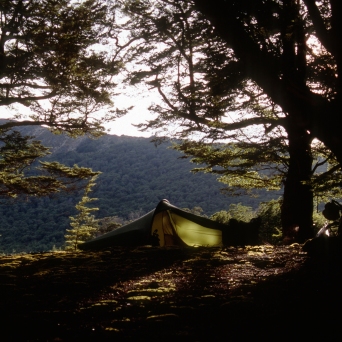 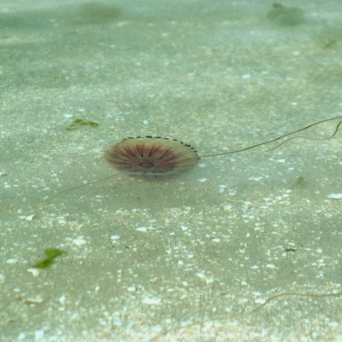 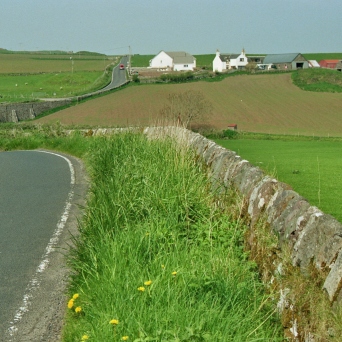